“Creativity is the new currency.”

According to the World Economic Forum creative thinking will be third on the list of the most important skills needed to survive and thrive in the fourth industrial revolution.

The Culturadas pop-up project’s mission is to:

establish a deep connection between children and art;

create dialogue about the place of art in our life;

Culturadas pop up stops in different places. At each stop it adapts its format and content depending on the size of the space and the purpose of the collaboration at hand, however, each time it has the same goal: to familiarize children with art and with great world artists; to stimulate children’s imaginations; to encourage children’s creativity by expanding their knowledge and improving their self-esteem. 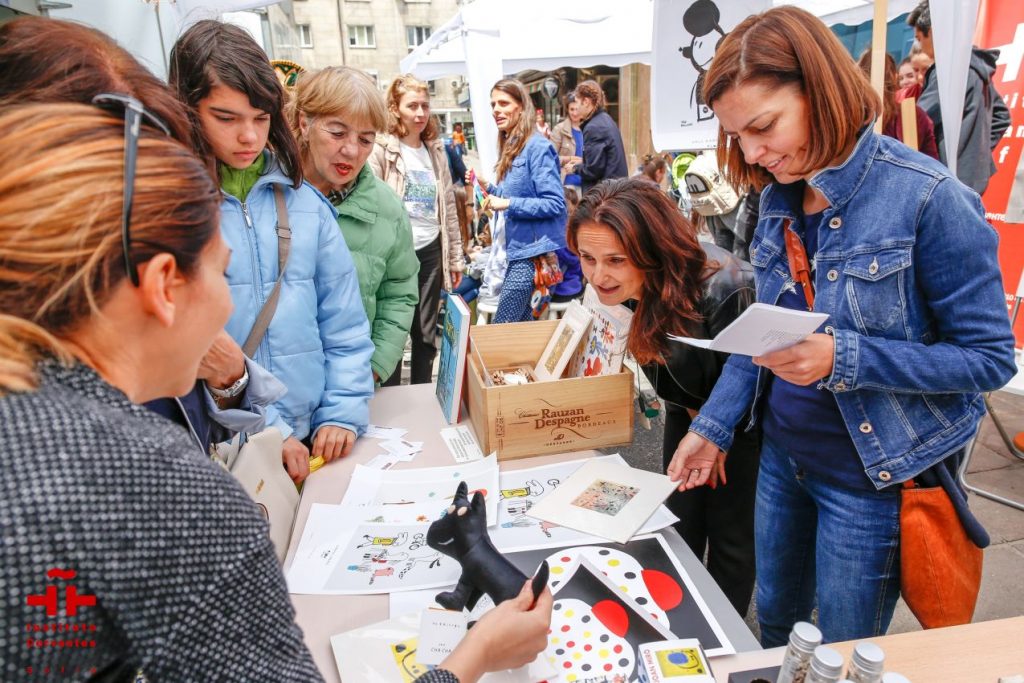 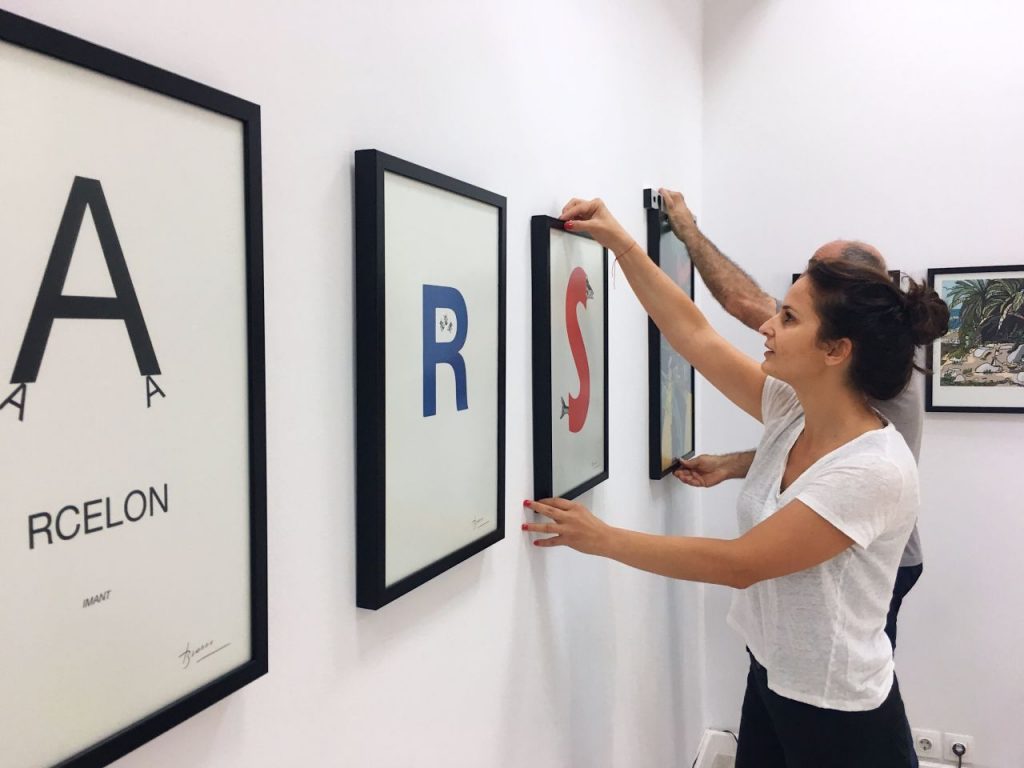 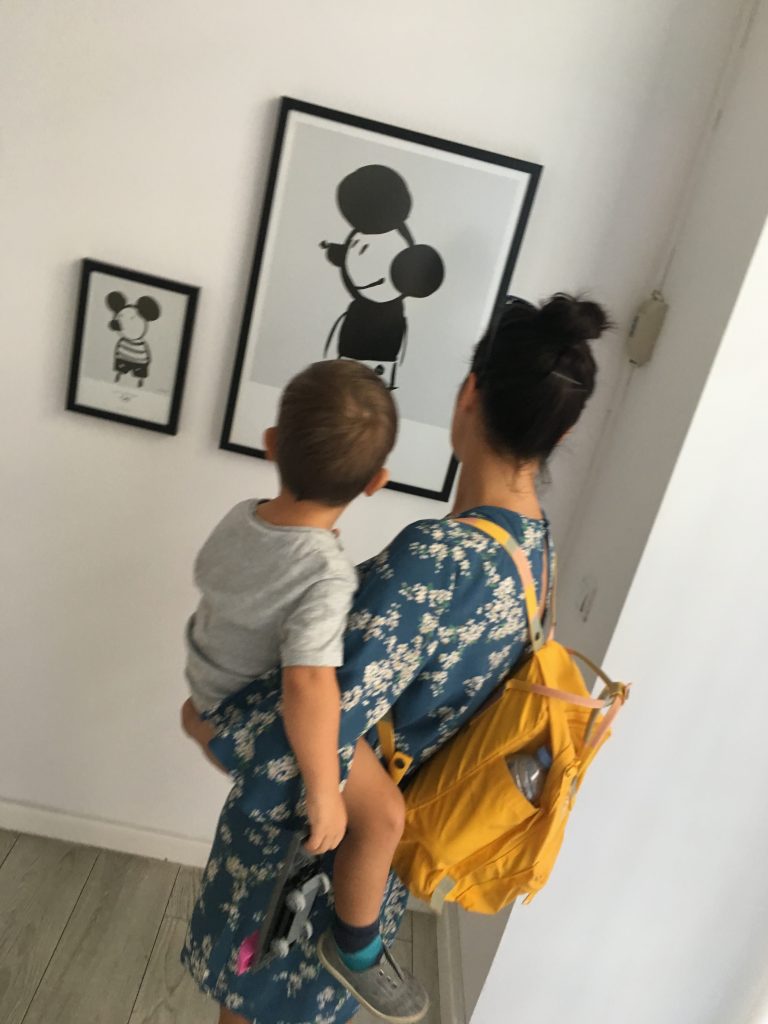 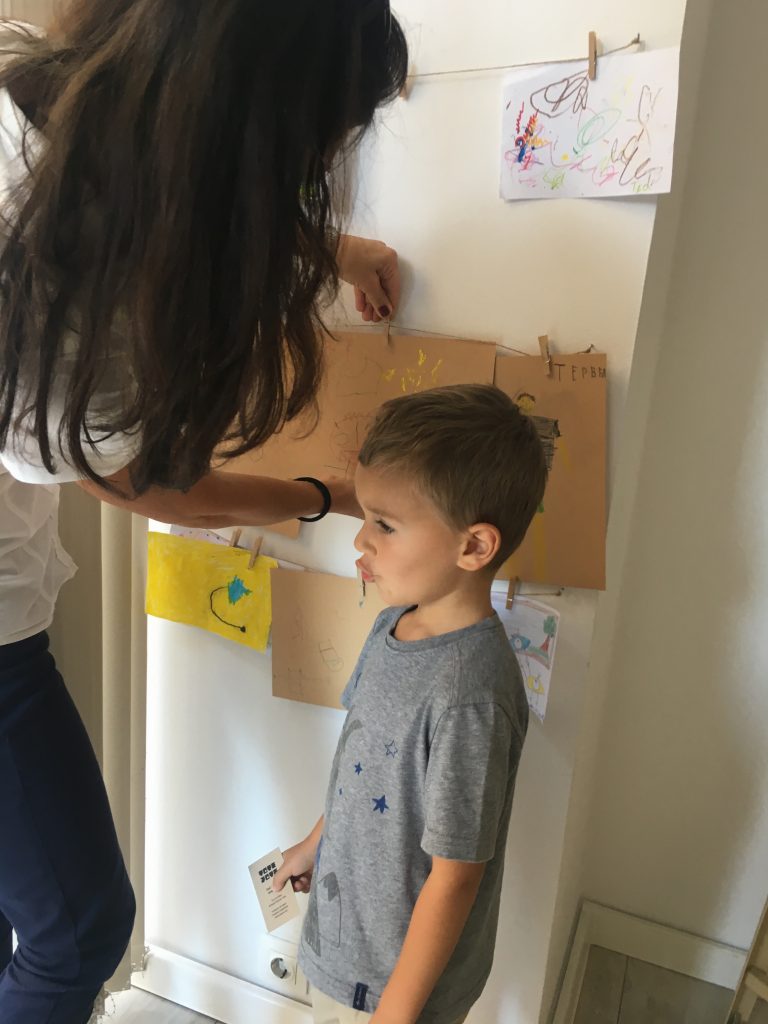 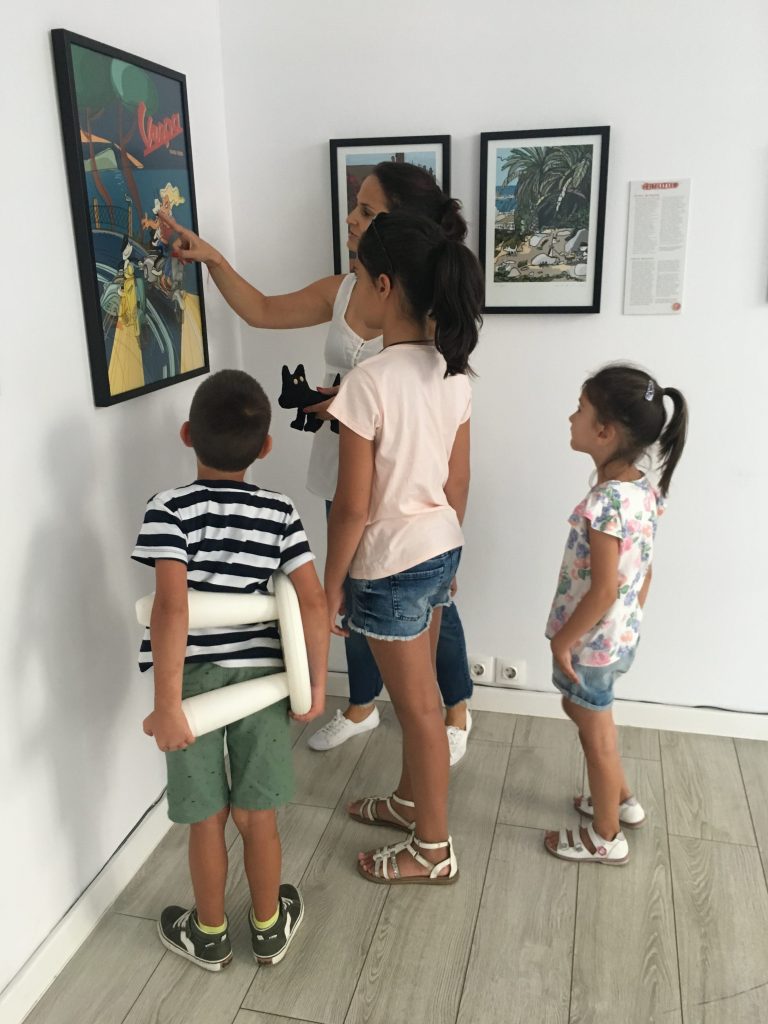 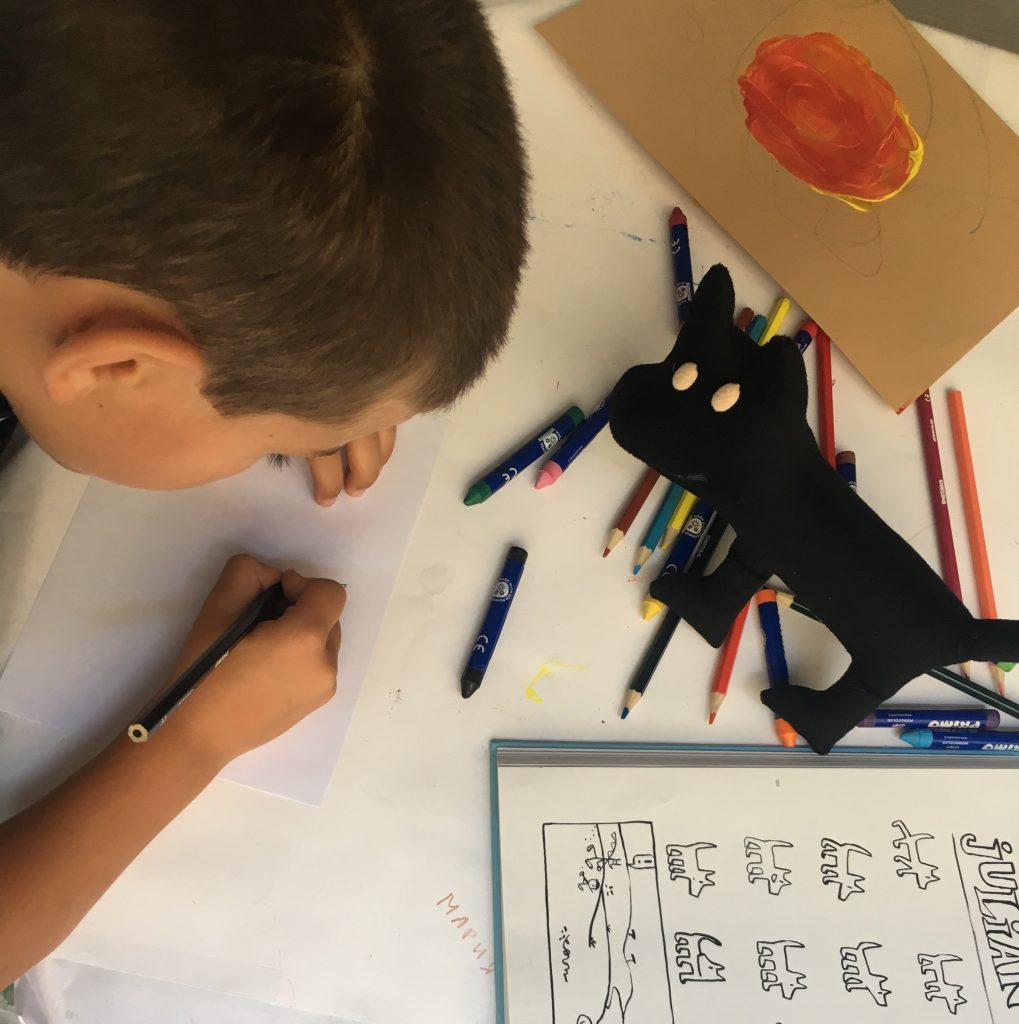 More about the activities: here

Who will Culturadas introduce you to?

In Spanish schools, children learn about Joan Miró’s work since their early years in kindergarten.

The selection in the Gallery is suitable for ages 2+.

Joan Brossa (1919-1998) – a personal friend of Joan Miró and a visual poet, Brossa creates masterpieces that intersect poetry, fine art, sculpture, and theater. He extracts poetry from its traditional forms and boldly puts it in an urban environment, plays it on stage, writes poems from? objects, and challenges the imagination by creating visual poems of all kinds.

In Spanish schools, children learn about the world of Joan Brossa through workshops and by visiting various city routes.

The selection in the Gallery is suitable for ages 10 +.

Javier Mariscal (1950) – a modern legend and multidisciplinary artist, a superb designer and master of colors, Mariscal is an artist with no limitations. He climbs to the top of the world’s creative elite with the design of the character Cobi, the mascot of the Barcelona Olympics in 1992. His works has been featured on magazine covers (including the New Yorker) and he has been involved in numerous collaborations with different Spanish and world brands (e.g. Camper and Nanimarquina). In addition, he develops his own furniture line and designed the interior of the Gran Hotel Domine in Bilbao, a five-star hotel located just opposite the Guggenheim Museum.

Together with Fernando Trueba, he is the director of the film CHICO AND RITA (2010), an animated film set in Havana in the 1940s. The film tells a love story between a famous Cuban jazz pianist and a Cuban singer with a charming voice. The music is composed by Bebo Valdez. The film illustrations are by Javier Mariscal. The film received an Oscar nomination for “Best Cartoon for 2012” and many other awards.

The selection by Javier Mariscal in the Gallery is suitable for ages 3+.

Plom Gallery, the first art gallery for children in Spain, opened in Barcelona in 2013. Based on her experience in working with children, the gallery owner develops original series of posters, tote bags and accessories in collaboration with successful artists from Spain in order to make their art more accessible to a wider audience. Her line of work is of great interest to families. It finds its way into many children’s rooms and everyone’s favorite character becomes the black-and-white “Mickey” by Vall Carsunke, which is chosen for the cover of the French magazine Milk, a specialized fashion edition for children.

The selection is suitable for all ages.

Contemporanea is a platform for contemporary Spanish art by curator Mario Martin Pareja. It has organized various exhibitions and events around the world since 1996. Contemporanea believes in new, modern ways of producing art and creative cooperation. In Bulgaria it became known through the exhibition “Graphics” and the introduction of Berlin-based artist Anton Unai. Unai, together with The Cervantes Institute, organized a workshop on contemporary art for students from the National Academy of Arts in 2012.

The selection in Culturadas Gallery is suitable for ages 14+.

The works of most of the artists in the exhibition can also be found in the city of Barcelona (ask for routes and more details). 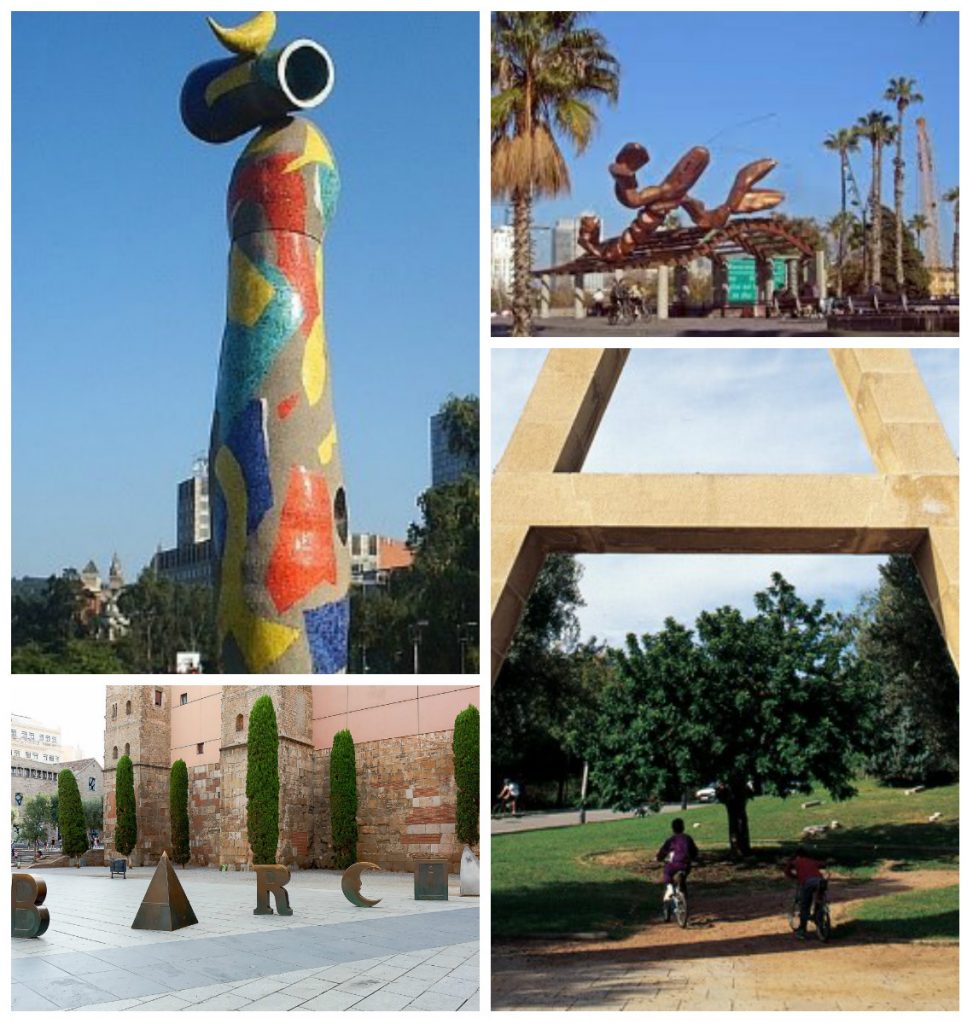 “Among all the activities of the Spanish Festival this year we can highlight the project of Meglena Misheva and the Culturadas foundation that has brought Barcelona’s art to Sofia and that in a unique way has given life to the art of the great artist Joan Miró. ”

“We hope this project will keep doing this job because it’s so important to all of us.”

HOW DOES IT WORK:

The project is based on the Gallery itself but it can also be easily enriched with on-site workshops. (Ask for details and didactic materials).

You want to host the project at your school, concept store, summer camp, etc.?

Culturadas pop-up is a project of Culturadas Foundation founded by Meglena Misheva, a freelance event organizer and content creator based in Barcelona.