I got to know Nicolas about a year ago. We worked together really only very briefly. Just long enough for me to realise that he isn’t actually from Spain, but from Argentina, that he has a special attitude towards reading and writing as well as the fact that he really missed Mate tea in Sofia. I invited him to this blog even before it existed and Nicolas entrusted me with total confidence and responded without even knowing what exactly he was getting into. We managed to make the ‘conversation over a Yerba Mate’ happen after dozens of delays and having to hunt down the most authentic possible gourds and straws. In the end we managed to get it done just before he moved to live in Brussels. I think we’ll see him here again, though, because I had the constant feeling that Nico really likes Sofia. 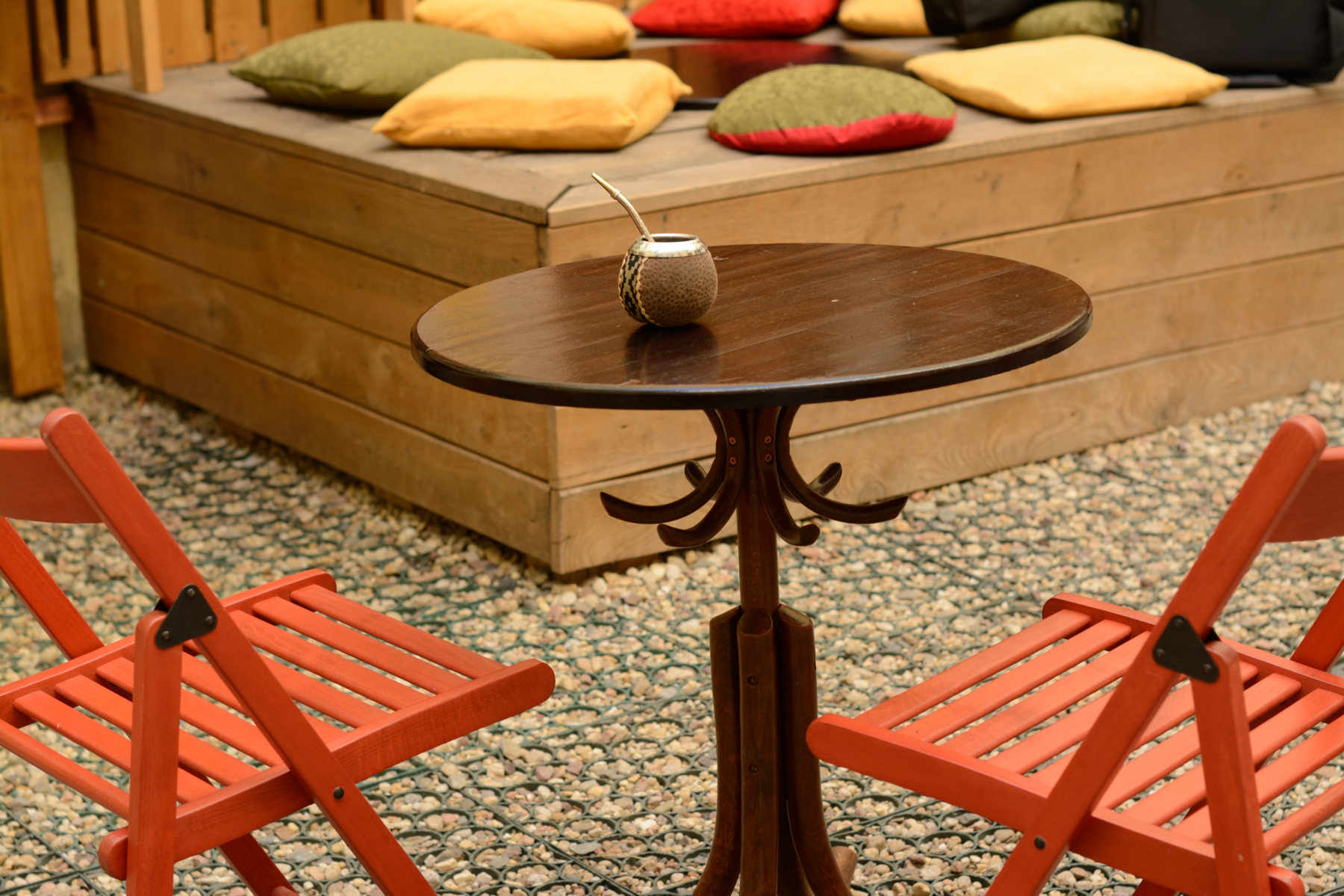 You’re from Argentina, but from which city exactly? Tell us a bit about your childhood, where you grew up and what games you used to play as a kid.

I’m from Buenos Aires, from Los Cardales to be precise, part of the city’s suburbs. It’s a really green and tranquil district. I’ve lived in Spain from the age of 13. Returning to Buenos Aires was like going back to a place which I both know and also feel an immense need to research in depth. Buenos Aires is a city with its own pulse, a city which never stops and which continues to be alive despite all the economic and political upheavals. I recall my childhood as a happy period with a lot of trips and all kinds of interesting incidents. Inevitably, a lot of these centred around school since that’s where I spent most of my time during the week. 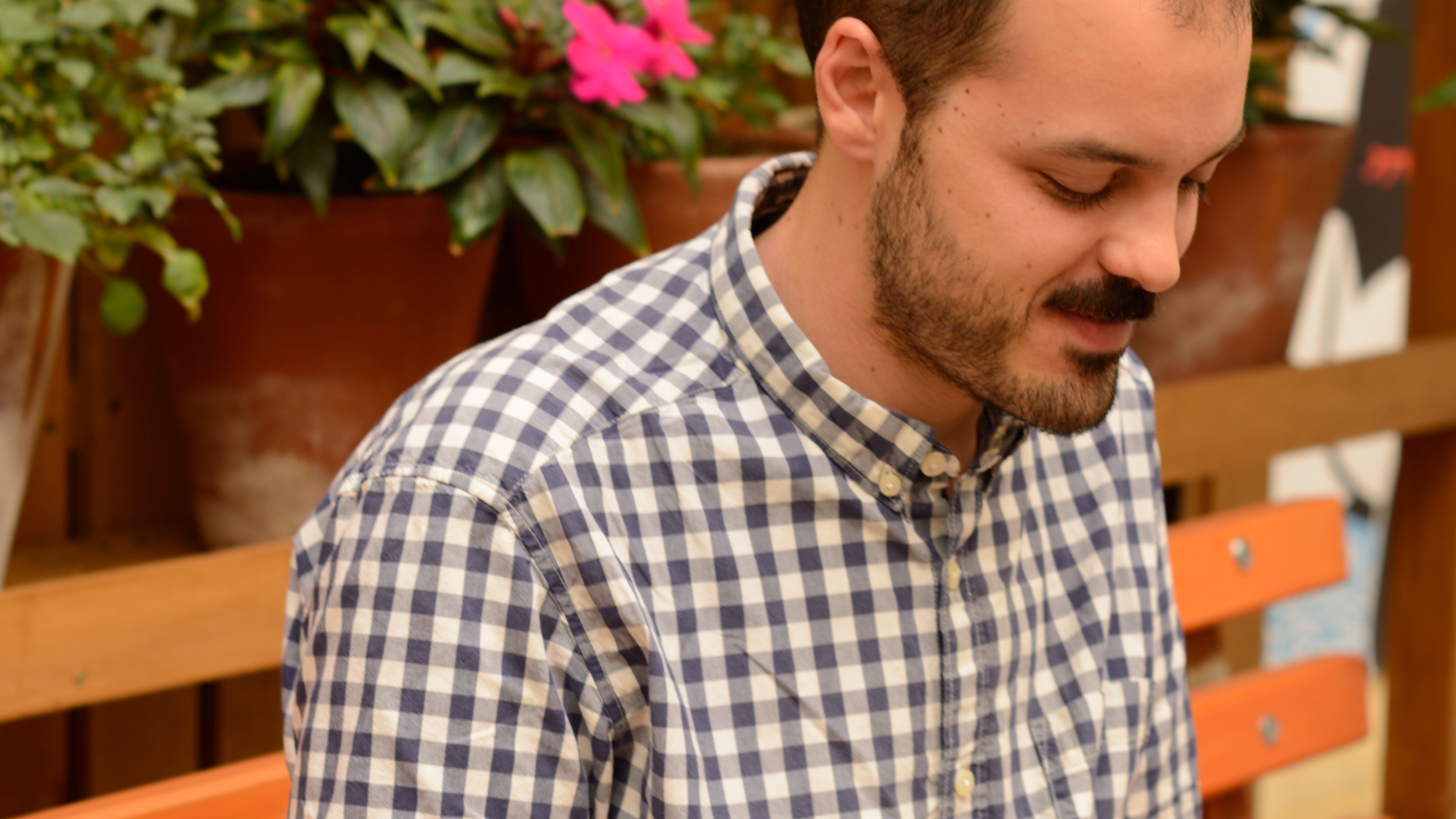 Could you share an intense experience from your younger years?

Just like with the previous question, I reckon that one of the things that made the biggest mark on me was that I emigrated. Leaving Argentina and our family to start life anew in Spain. Although I’ve had both happy and not such happy moments, what influenced me most strongly was the fact that I became aware of how lucky you are to have a passport and to be able to buy a plane ticket, for example; to be able to leave your country. There are a lot of factors which can influence a person for better or for worse but you are a lucky person if you can determine your own future. Unfortunately, there are people who don’t have this chance and this is something I see in the media every day.

As I’ve already mentioned, I haven’t lived in Buenos Aires since the age of 13 and every time I’m in the city I think how wonderful it would have been if I could have got to know it at different stages of my life. Sometimes I just end up walking along those huge boulevards and imagining to myself what my life would have been like there. There’s no doubt that I miss moments in our daily family life the most, for example lunches at granny’s, especially her kumquat marmalade, a fruit which comes from China originally, resembles an orange but is smaller and has a highly distinctive taste.

What makes you feel proud to be an Argentinian?

I think this is a country which at certain points has had a great deal and at others has had nothing, but which has always managed to preserve its talent in many fields: art, music, literature, theatre, architecture, cinema, sport, scientific research. Many people say that this is a matter of attitude and they’re probably right.

Tell me about a legend or myth from your region:

A legend or true story which always springs to mind is about one of the most beautiful buildings in Buenos Aires, the Kavanagh Building. It was built in the nineteen-thirties and is one of the tallest in the whole of Latin America.

They lived in a palace in the Retiro district. Their palace was erected in front of the Church of Santisimo Sacramento which had been built on their request in order to serve as a family cemetery. One important detail: the Anchorena Palace and the Church were divided by a wide strip of land and because of this the family enjoyed a fantastic view from their palace.

It hurt Corina’s pride that they wouldn’t permit her relationship and she decided to take revenge by erecting a building on the land in question. They say that the only thing that she asked of the architects was that they block the view of the Church of Anchorena. They built it in only 10 months while the Anchorena family was on a trip to Europe.

In actual fact, ever since the building has been erected, the only way  to see the church now is to stand on the street called ‘Corina Kavanagh’. That’s how Kavanagh got her revenge they say.

For people or for me at least, Argentina is synonymous with literature, theatre and the tango, of course. Do you agree with this cliché? Which of the arts do you identify yourself with?

I identify myself most with the works of our writers, the wonderful and highly diverse Bioy Casares, Ernesto Sabato, Julio Cortazar, Borges, Alejandra Pizarnik, and many others.

5 names which are a good starting point for getting to know the culture of Argentina?

Astor Piazzolla: a composer and bandoneon player. His ‘Contemporary Music of Argentina’ has been my companion throughout the years, especially his albums ‘El Tanto’ (some of the lyrics on the album are by Jorge Luis Borges) and the one everyone knows, ’Buenos Aires: Gravitation Zero.’

Borges: A world-class writer. His poems in ‘Fervor de Buenos Aires’ are connected to the people and the streets of the city and all that characterizes them.

Mercedes Sosa: an activist and emblematic figure of Argentinian folklore and of the popular music of Latin America. She was persecuted by the Argentinian dictatorship for her political ideas, as a result of which she lived in exile in Europe.

Julio Cortazar: An Argentinian writer despite the fact that he was born in Belgium. His novels are magical.

Carlos Gardel: the undisputed ‘ambassador’ of the tango, which has been and always will be the music of Argentina.

If someone only has a few hours in Buenos Aires at their disposal, what would you recommend them to do in order to feel the true spirit of the city?

Buenos Aires is an enormous city. If I have to recommend just one thing to do in the space of a few hours, it would be to take a walk in one of the most beautiful and romantic bohemian quarters of the city, San Telmo. It’s one of the oldest and wealthiest districts in Buenos Aires; it’s where the first emigrants settled, then later renowned intellectuals too. I think that a stroll through the streets of San Telmo, taking a good look at the architecture and the artists’ studios there, is one of the best ways to gain a real idea of Argentine culture.

A favourite dish or ingredient?

The main ingredient in Argentinian cuisine is meat. Apart from that, Argentina offers a great culinary variety, since the country is large in terms of territory and combines a wide range of geographical landscapes. If I had to choose one thing from amongst them all, I’d go for Empanadas with meat: you can encounter it in a great many versions depending on the region of Argentina you’re in.

I arrived in Bulgaria in August, 2014, to do a traineeship in a research centre in Sofia. Initially I’d thought of just staying for 2 months but for various reasons I stayed on for almost a year.

Why did you decide to stay after all?

As I said, I came to Bulgaria for a traineeship in a prestigious research centre, after which an opportunity came up for me to do a similar traineeship in the Spanish Embassy in Sofia. I wanted to experience and get a feel for all the seasons in the city.

The fact that I’ve lived in Bulgaria and travelled around Eastern Europe this year has helped me to get to know this amazing region. The truth is that I don’t know what I’ll be doing in 5 years’ time but I wouldn’t be surprised if I ended up somewhere round here once more. 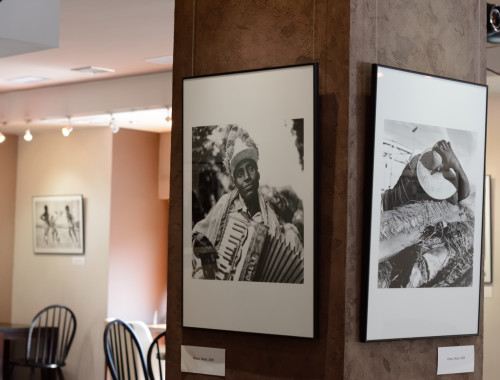 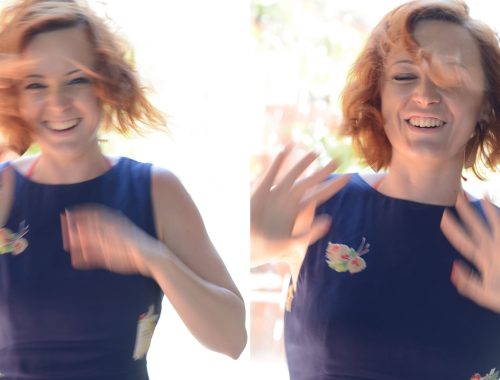