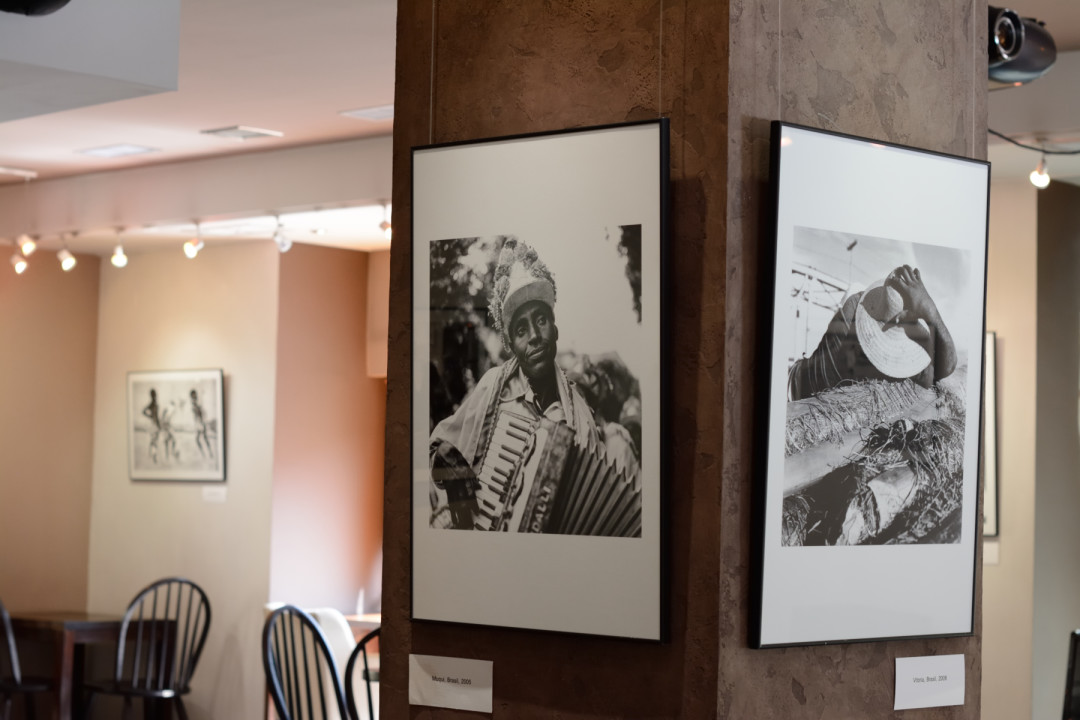 We quickly discovered a common language with the Brazilian Tadeu Bianconi, a melodic mixture of Spanish and Portuguese. What also connects us is the way in which he sees Latin America. For me what was valuable in his exhibition was that I saw his ‘map of the look’, the look of a person who is from there, of a person who lives, sees, feels and perceives like the people he is photographing.

(FROM MY CONVERSATION WITH HIM):

These pictures were taken in the course of various journeys of mine, some for leisure, some for work. In Guatemala, for example, I was there for work, but the photos I was sent there for were supposed to be in colour. The ones you see here were done in my free time. In Guatemala it was really nice, I really feel like going back there some day. Overall, I’d really like to resume my travels in Latin America.

I run courses in photography and workshops, but in my own way, outside the world of academia, away from university classrooms. I enjoy teaching photography to young people in a spontaneous, free way. I don’t like to stuff their heads with a lot of information. For me it’s important that they learn to observe, to ‘see’ what’s important in everyday things, in scenes from everyday life. To start out from the visible in order to reach the invisible.

The photographic works that you see here are something like a diary of the things that I’ve seen. They’re scenes which, in one way or another, made me take out the camera and shoot them…Some of them are more abstract, black-and-white photography is abstract…it leaves room for the imagination.

I adore everyday scenes, the actions of people, of strangers. Some of them notice me as I shoot, others don’t. On the whole people in Latin America are very calm and it doesn’t bother them at all that you’re taking photos of them, they’re pleasant and receive you calmly. In Guatemala they asked me where I was from-from Brazil?! But what are you doing here all the way from BrazilJ

No, I don’t have photos from Argentina. There are ones from Peru, Bolivia, Brazil, Guatemala, Nicaragua and Mexico. Which one is from Mexico you ask? The one with the man wading through the mud. The photo is from a tiny village, there had been a heavy and prolonged downpour and it was very muddy on the streets…

In Brazil as well as in Latin America as a whole faith is very strong, the religion is a unique mix of Catholicism and local beliefs.

I’ve already exhibited the project ‘Shadows and Feelings’ in Germany, Austria, Norway and now here. I have a friend who lives in Varna-he suggested to me that I show the project here and I said to myself: why not?

I’m exhibiting some of the photos for the first time. The one from Cuzco, for example, with the nuns reading a newspaper. Yes, you could say that the reading of newspapers is a new element in my project. Nowadays a lot of people are glued to their telephones. The new technologies have engulfed Latin America. In Uruguay for example it struck me how many people have telephones in their hands on the streets.

Nowadays a lot of people are glued to their telephones. The new technologies have engulfed Latin America. In Uruguay for example it struck me how many people have telephones in their hands on the streets.

I like the spontaneity, music, colours and the way in which people and children live.

To tell the truth, though, children no longer play on the street in the big cities in Brazil.

No, no. Those aren’t bullet holes. I’m sure of that, yes. I was looking for a different way to represent football and I saw this ‘picture’ on a wall; the wall is old, the plaster has peeled off, but those are not bullet holes. The photo is from a quiet fishing village.

I’m from Vitoria, that’s an island, there are a lot of fishermen, boats. Look: this picture of children in a boat is from there. How many kinds of fish do we have you ask? A lot! All the kinds of fish in the world ha, ha. The food is amazing…I have a favourite recipe, MOQUECA: fish, a lot of spices, tomatoes, all that is baked in a clay pot…it’s unbelievably tasty!

Not everything is colour and good cheer. Everyone knows about the problems in Latin America-poverty, smuggling, drugs. I tried not to touch only on sorrow, I wanted to capture people in their everyday lives. Ordinary people… the anonymous ones. The saddest photo might be the one of the girl with the umbrella, it’s from Guatemala. But I prefer the good mood and joy of Latin America.

All of the photos except for one are analogue. I did quite a few of them in the 90s. I love analogue photography, the moment when you rinse the film… it’s like a box of surprises. 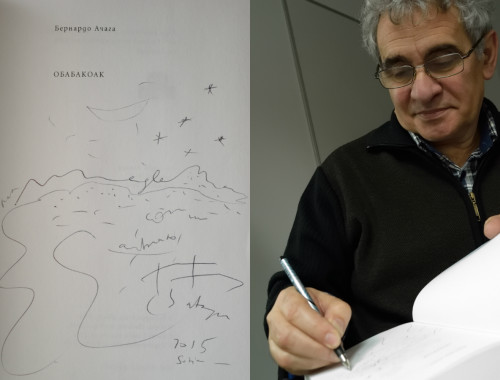 Miriam: from Mexico to Sofia